My ETL process is built upon jobs strung together in sequence ran nightly (once every 24 hours). Our nightly routine kicks off and runs the jobs one after the other. Upon a failure, the entire process stops, logs the failure in a DB and will attempt the same thing the following night.

The *hope* is that during the day following a failure, the failure is investigated, fixed, and the failed jobs are manually re-ran ASAP.

I didn't find the Data Warehouse Toolkit as very good reference on the ETL portion of data warehousing. Are there any suggestions or suggested reads on how to structure the process or tips on mitigating some of these risks? 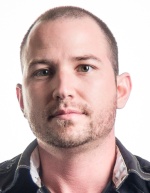 What is the nature of the errors?

I don't do ETL anymore, but when I did, my goal was to avoid getting late night calls.

It is more a matter of philosophy than anything else. To me, there is no such thing as 'bad' data. A DW should dutifully load what it is given. If there are issues with the data, it is a matter of reporting back (from the DW) to those responsible for cleanup in the operational system.

The most common problem is missing dimension rows when loading facts. This can be resolved by inferring new dimension rows during the load. Populate the row with the natural key and any other data you have and use the new surrogate key in the fact. The dimension row itself can be populated later when the real data comes in.

But there are situations where failure is the best option. If you are dealing with text based sources (XML, comma delimited, etc...) there is always a chance of a corrupt file or malformed data, such as non-numerics in what should be a numeric field. There isn't much you can do but kick the whole file out.

However, if you are performing dimension inference, there is no reason the entire process should stop. If you have a corrupt source, that stuff doesn't get loaded, but it should not prevent everything else getting loaded.

You need the ETL toolkit book. It's the ETL bible. The sophistication of your ETL process is dependent on your ETL tool. During the design process you should identify things that can run concurrently and things that must run in sequence. The ETL should rarely stop, only when encountering a fatal error. Otherwise is should handle most problems gracefully. With informatica, you can get text messages with updates on your workflows (typically only when things go bad). Buy the book, start reading, all the Kimball books are full of useful information. Your item 3 should never happen. That's one of the reasons why we stage data, to rerun after a load failure.