I started with a new BI team. Our data warehouse was developed by consultants. I find the design very strange, but they insist that it uses BI best practices. I can't find any best practices supporting this set-up. Can anyone help me out?

My big concerns regarding this design are:
-The same fact information is available in more than one place, which complicates balancing.
-Duplicating the same information chows up our space.
-The ETL processes needs to load the same data more than once.
-The dimensions and fact tables sit in different databases - any query you do will therefore always straddle 2 databases.
-You have 4 versions of the exact same cube (just with different amounts of data in it). Our users then needs to be decide which cube is the correct cube for the query they want to do. 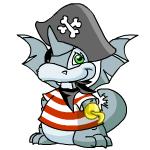 If these 'databases' are all on the same physical server (i.e. just different schema), then it is not much of an issue from a performance standpoint... it is just a logical separation. It is not something I would normally do, and it isn't clear why it was done.

As far as the cubes... are they truly 'identical', or do they vary slightly in terms of which dimensions they provide? Cubes have capacity issues and, depending on the measures (i.e. semi-additive) may have conflicts beween certain combinations of dimensions. Also, is the content mutually exclusive? They could have broken things out for performance reasons or maybe long lost business requirments (or a misinterpretation of those requirements).

Anyway, its hard to judge wither what was done makes sense without proper review and analysis.

You see this design in SQL Server since partitioning tables is an arduous process. Instead of partitioning the fact table correctly, a new fact table is built to support current day. If that's the case, you're right and they're wrong.

Other reasons I've seen to build this structure is to partition data from different operating companies. That doesn't sound like the case here. You are right to be suspicious.

Thank you for your feedback. It seems that at least I'm not the only one who hasnt heard of this as a BI best practice. To answer some of your questions.

We got new consultants - so the old ones aren't around to question anymore, I believe the main reason they sited was performance. But the new consultants did apply partitioning on the cube side which wasn't implemented before. On the database side there were no indexes and no partitioning, but on the other hand there are also no reports feeding directly from the database. The new team improved our cube build performance to an acceptable level by doing the cube partitioning and adding a few indexes on the database.

I think there is a benefit of partitioning database tables that isn't addressed very well for SQL Server 2008. The discussions around partitioning focuses on performance, but I think they come in handy if data ever needs to be retired. It's much, much easier to remove or move data from a table by partition than one that isn't. If the table is partitioned by year and you want to remove or move 2004 data from the table, it's a snap with a partition. Without partitions, you have to rename the table, clone the design, load the new table from the old table excluding the data that you want to retire. It's a mess.